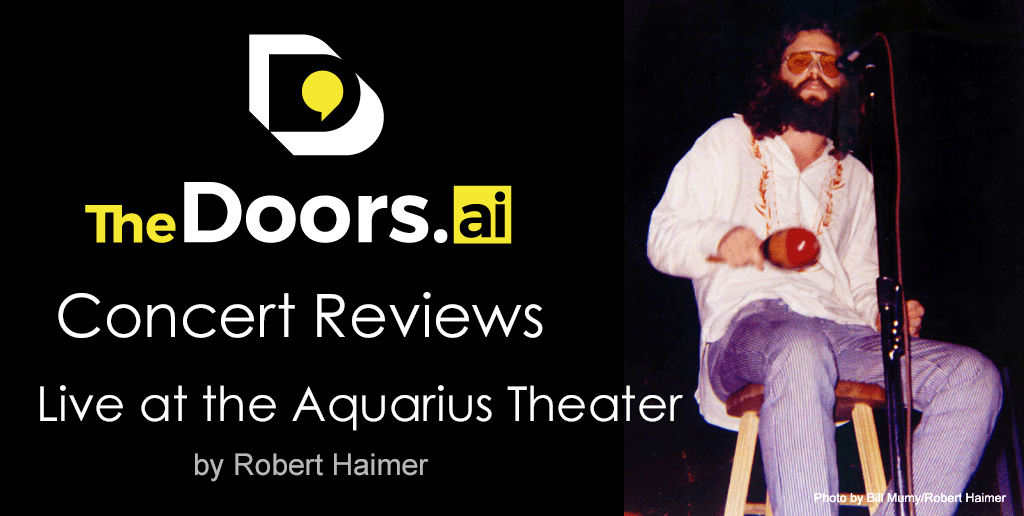 My friend, actor Bill Mumy and I attended The Doors’ first show at The Aquarius Theater in Hollywood. We were both 15 at the time. The tickets cost two bucks each, and my folks dropped us off at about 2pm that day. I was beyond excited because The Doors had been my favorite band for 2 or 3 years by then (and still are!) and it was a small intimate venue. So we were psyched!

We brought a camera even! (Took 20 shots of the band, several of which we've sold many times over the years to many Doors books). When the theater opened, we ran to get the best seats we could. There were about 20 people in line in front of us. I remember the day like it was yesterday. Our minds were immediately blown because as we ran to grab our FRONT row seats, a little left of center stage, The Doors were already playing! And Morrison had a beard! It was all so loose and casual. We were not prepared to see a bearded Jim. The only real-time we got Doors news in that day was probably through Rolling Stone magazine every now and then... No Twitter or Facebook daily. It was a different world. Calmer perhaps...

So the band is playing, we sat down, and my friend Bill ran right up to Jim and took a bunch of pix! He looked right into our lens. To this day, I don't think I've ever seen a photo of Jim onstage staring into a camera lens. But we got one shot of that. It's the main picture that we've sold over the years...

I remember some of the songs slightly, but of course, the show was eventually released on The Doors' “Bright Midnight” label decades later. I just remember the atmosphere of the show being so surreal. It was dark and mystical. Being maybe 15 feet from the band and Jim is something that's been burned into my mind since that night. I love that memory. Jim and the Doors were gods to me and influenced my whole life and way of thinking. I got to know Ray semi-well over the years and was happy I could express that to him. I was in the music business myself, and The Doors influenced every part of the music and lyrics I wrote in my career. That's the biggest compliment I can give anybody. I feel privileged to carry the memory of those few hours in my brain for my entire life.

Setlist:
Back Door Man
Break On Through
Soul Kitchen
You Make Me Real
I Will Never be Untrue
When The Music’s Over
Universal Mind
Mystery Train
Build Me A Woman
Who Do You Love
Light My Fire
The Celebration of the Lizard 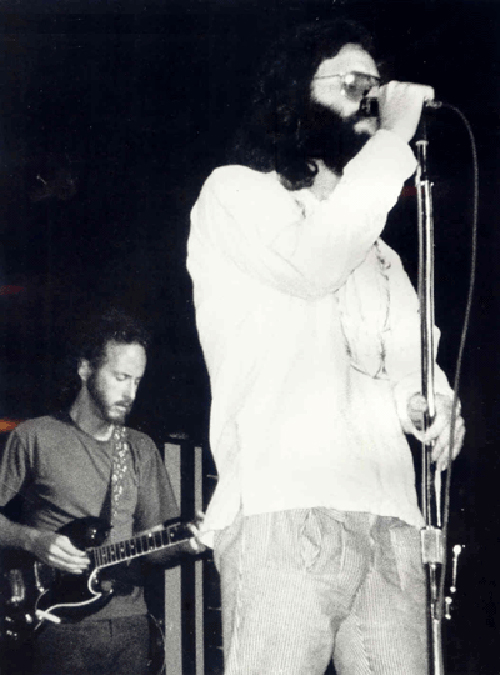 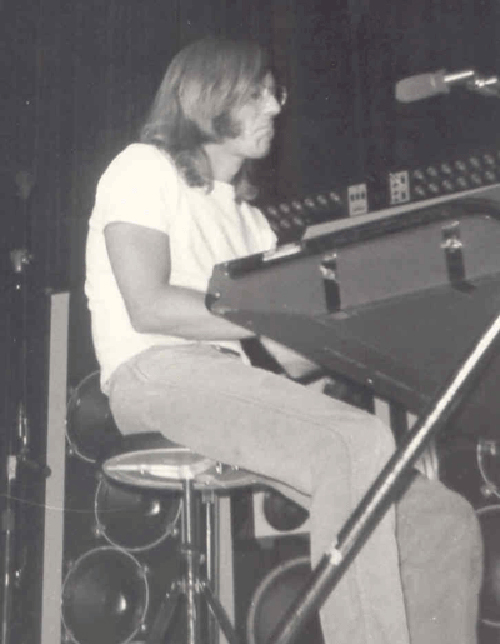 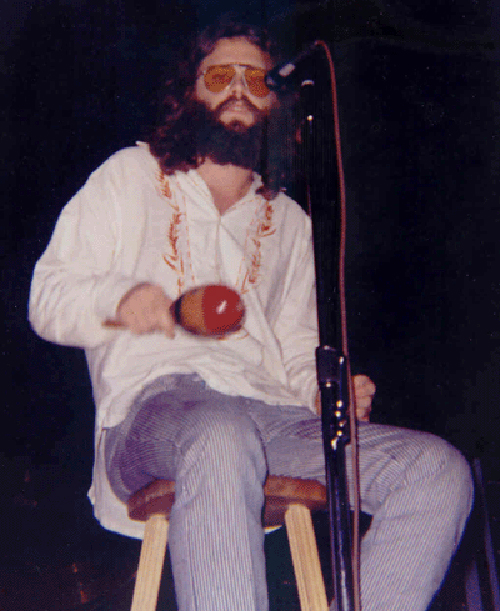 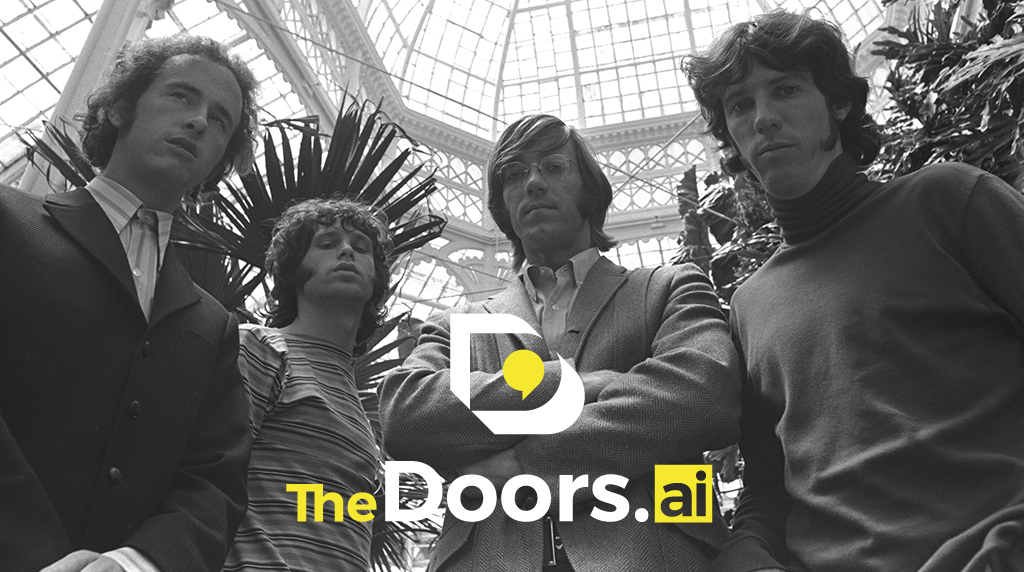 Your Doors Fix for the 2020s and Beyond 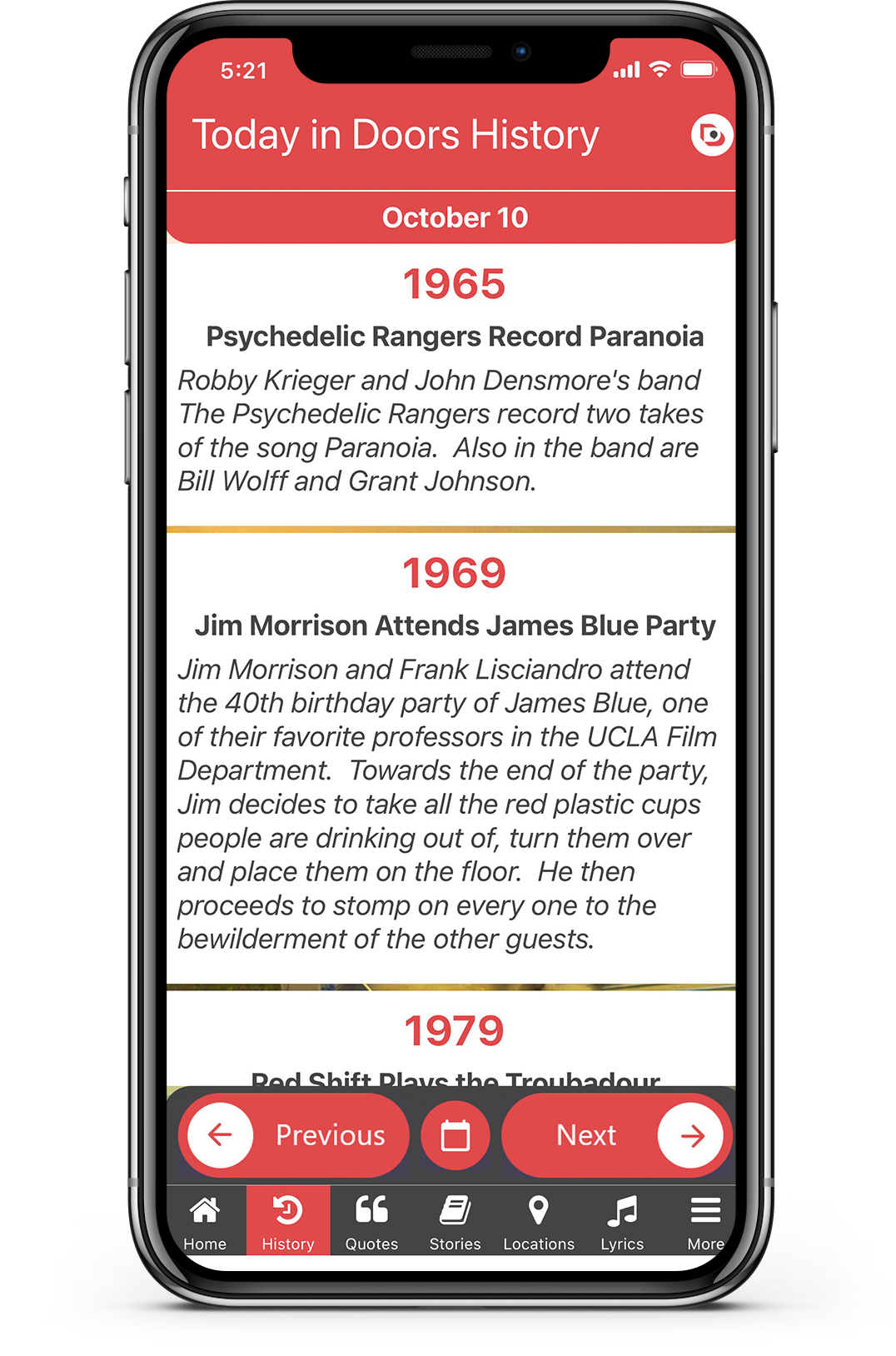 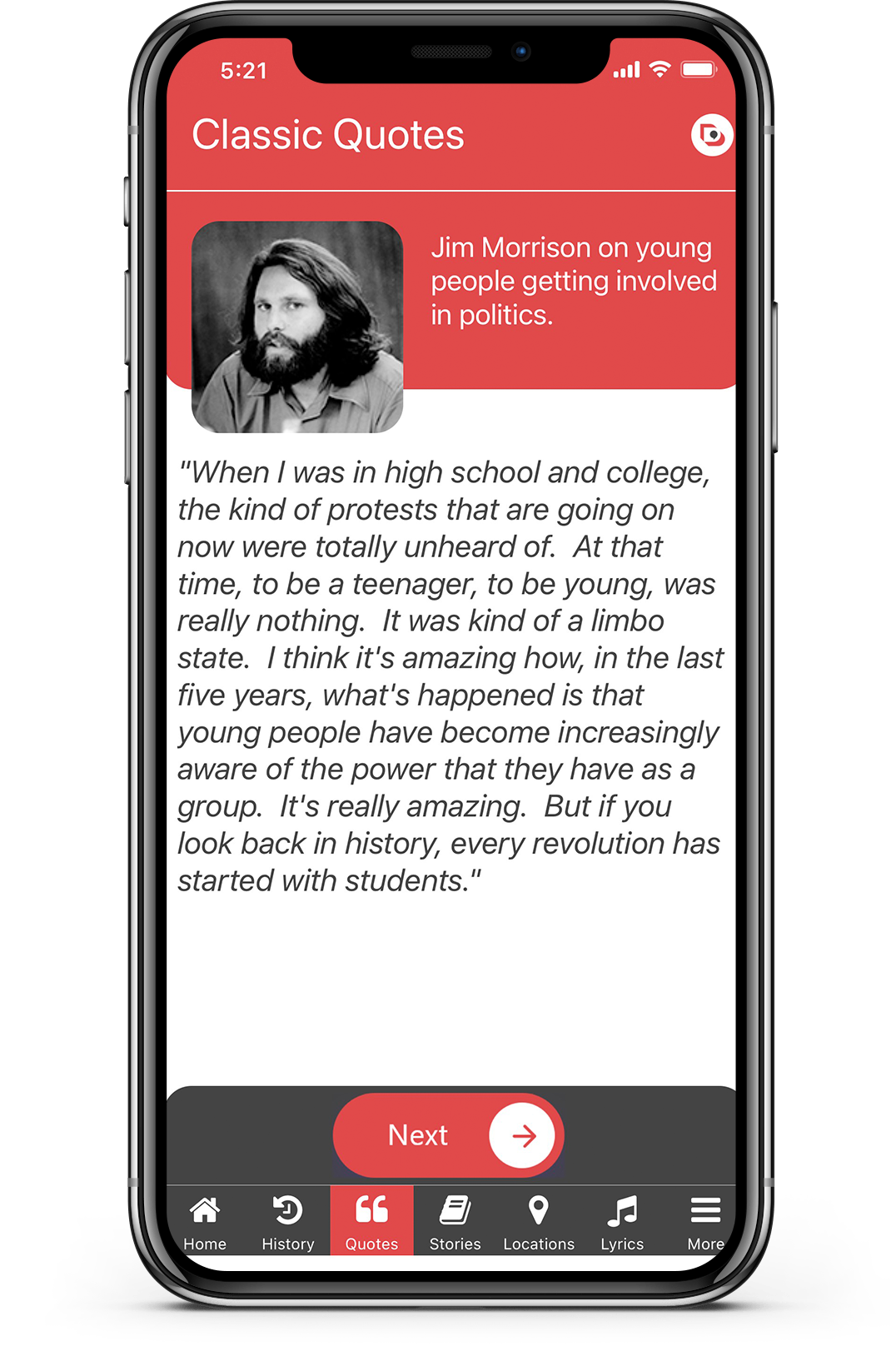 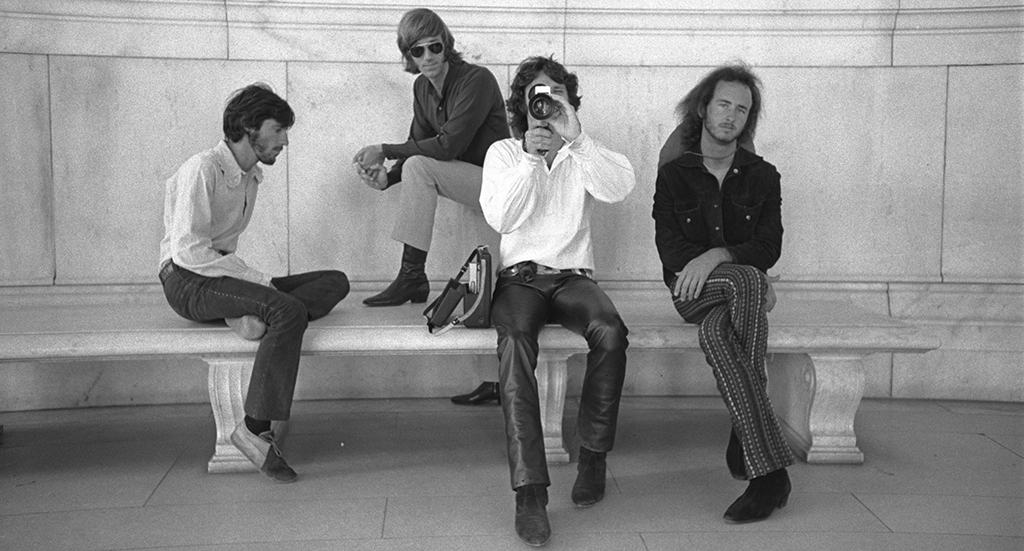 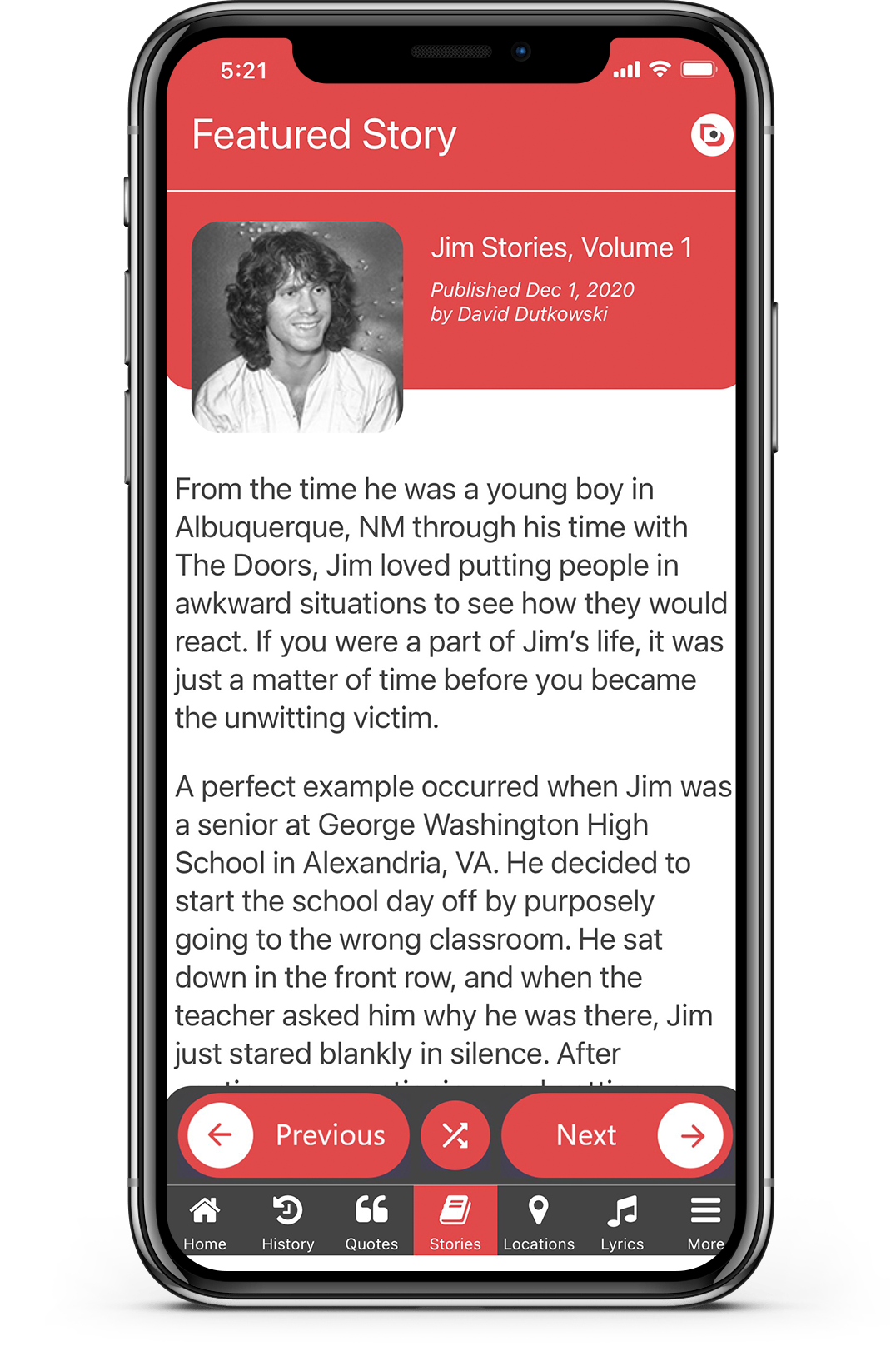 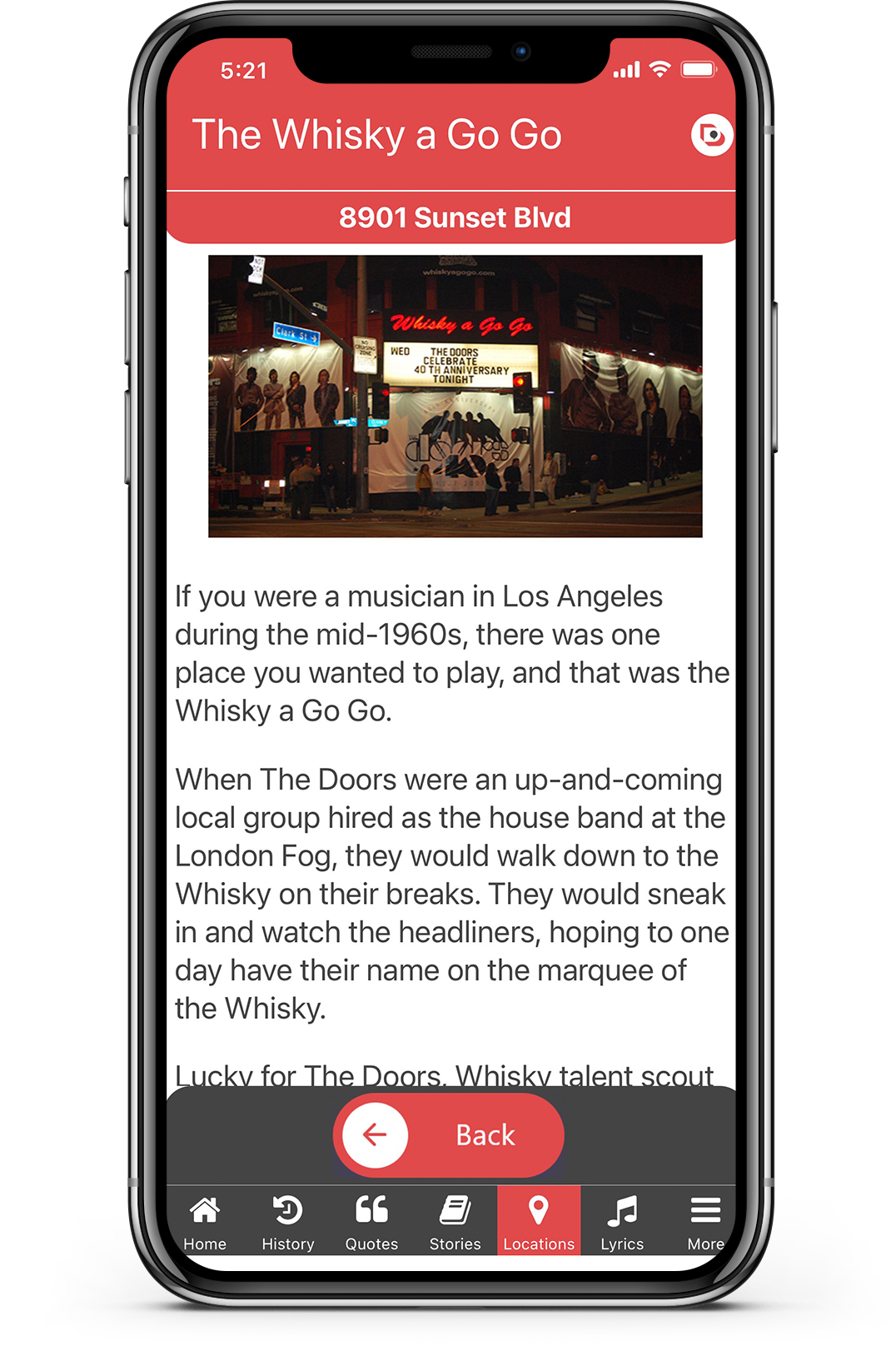 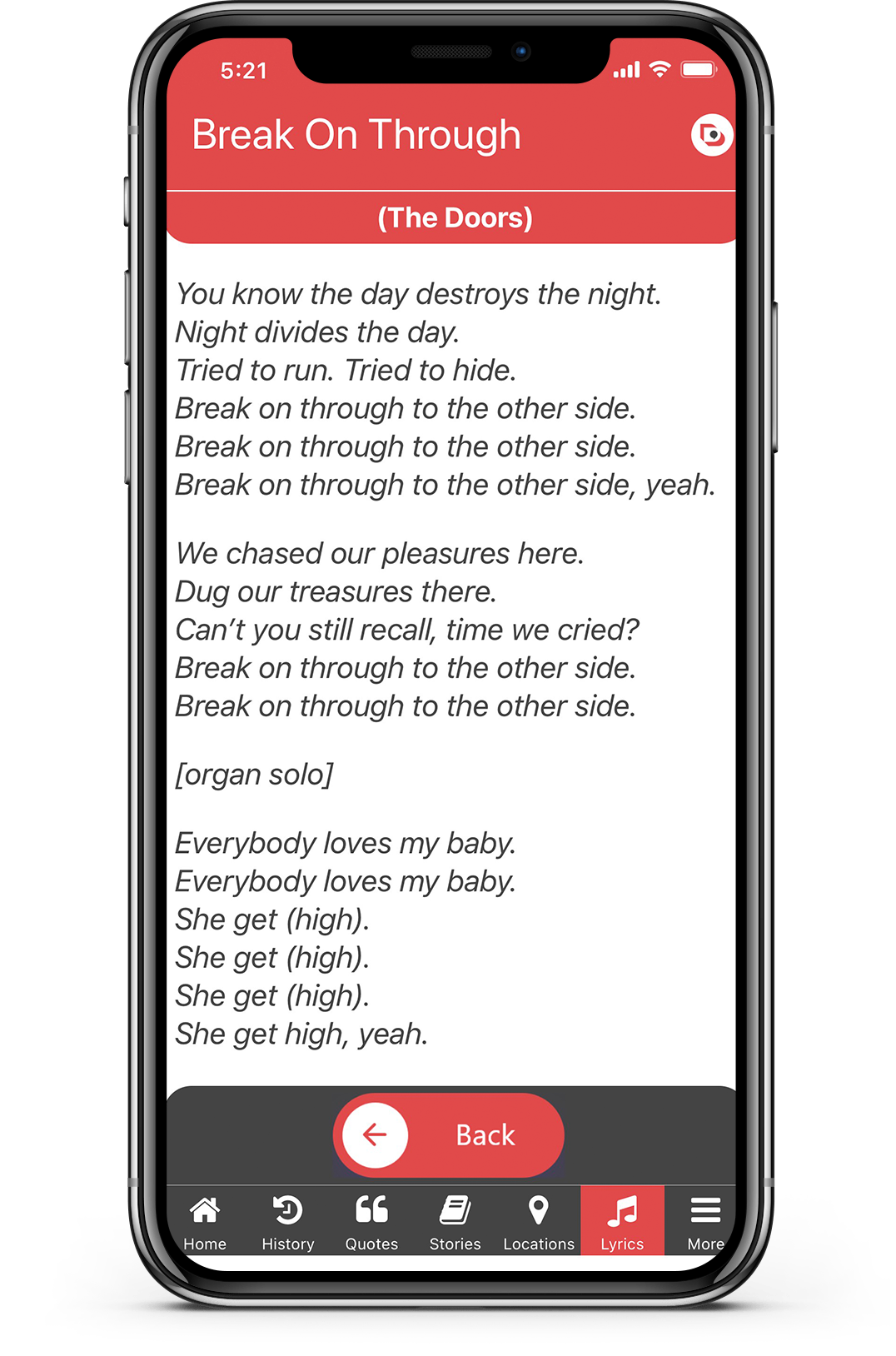 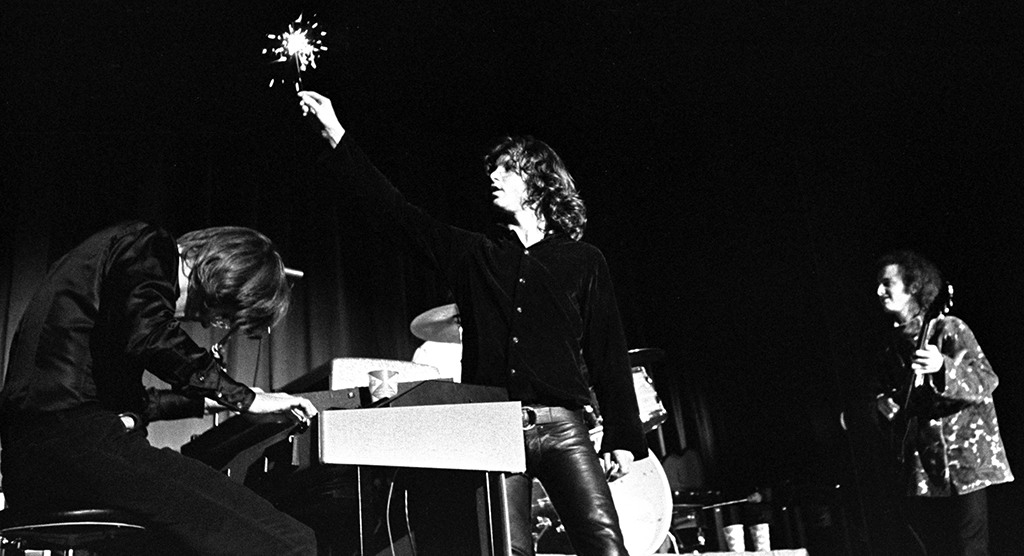 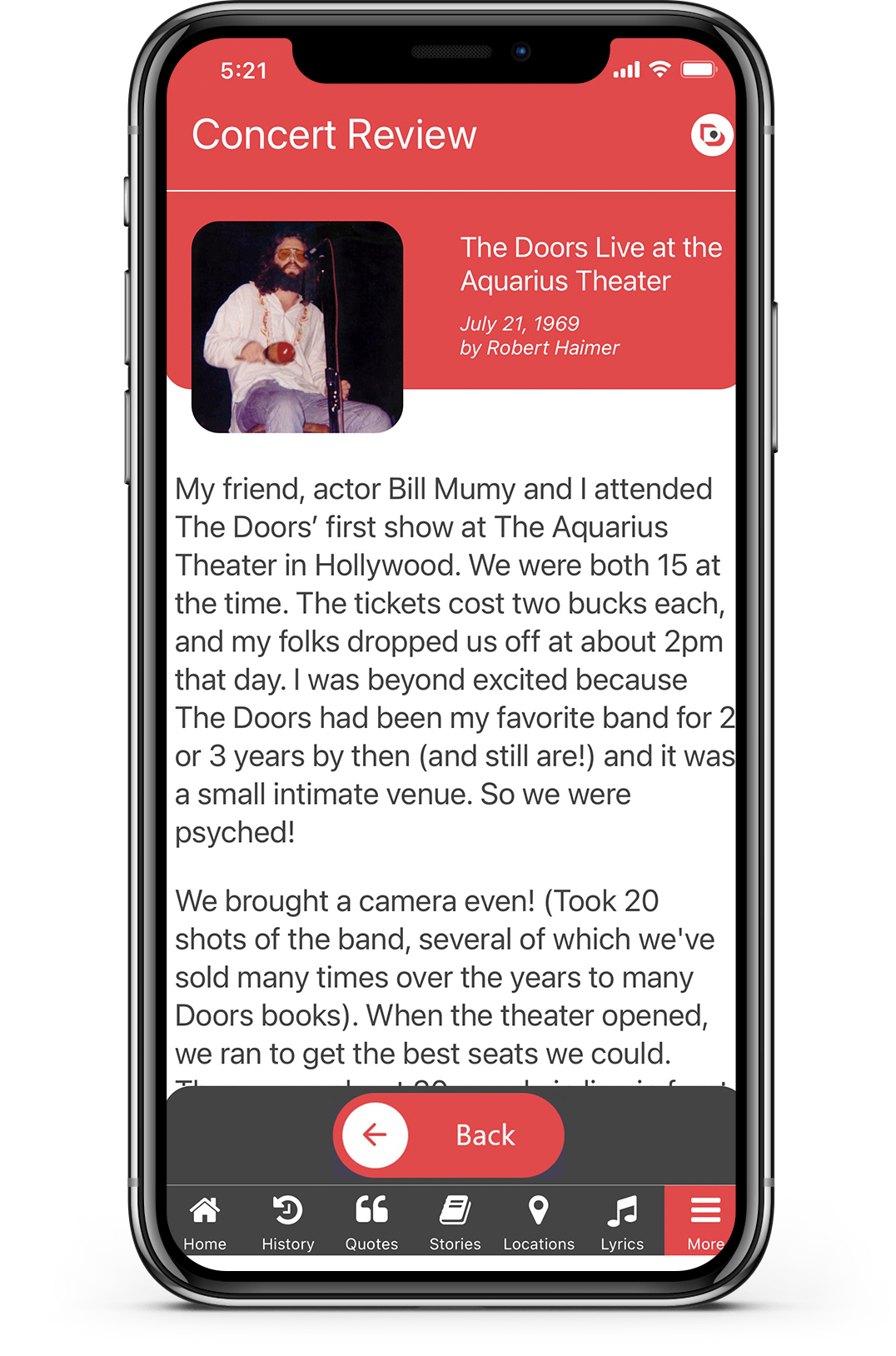